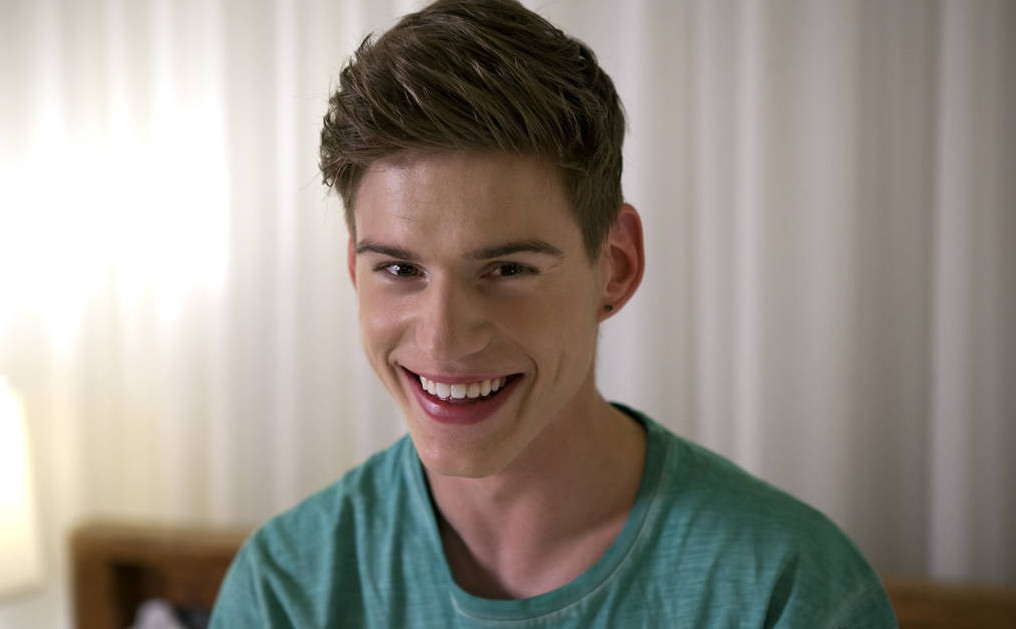 Liev Ivankov grew up in a small town in the north of Quebec so he speaks just like a French Canadian boy. But with his fair hair and Eastern European facial features he doesn’t look like one. That’s because Liev was born in Russia and came to Canada when he was just two years old. So, although he has adapted completely to life in Canada, he’s always felt just a little bit out of place.

His Russian background isn’t the only thing contributing to Liev’s sense of being an outsider. He figured out at a young age that he was gay, and in a small rural town there aren’t many dating options for a gay teen boy. But Liev has three things going for him. First, he’s so horny that nothing, including being hundreds of miles from the nearest big city, is going to stop him from finding a way to get fucked. Second, he’s fortunate enough to have been born in the internet age so finding guys he wants to fuck over a 1000 mile radius is not only possible, it’s something he does daily. Finally, and maybe most importantly, Liev is so gorgeous that guys are tripping over themselves to get to him. When they see his perfect smile, adorable face and of course those incredible abs they find a way to overcome the distances.

When I say Liev is horny it’s no exaggeration. The boy jerks off at least 4 times a day and when he’s not at work or in school, he spends a huge portion of his time on his phone looking for “Mr Right” or “Mr Right Now!”. Though he has a really great dick and knows how to use it, Liev’s greatest desire is to be fucked. He loves the sensation in his ass of a big dick working in and out. With so few eligible guys in his area, Liev has learned to make some compromises. If there isn’t a real cock available, then a big plastic one will fill the void until something better can be had. Take a few moments to watch this video and get to know the intimate side of Liev.