Muscled hunk Seven Dixon stands bound in chains with a blindfold covering his eyes as house dom Connor Maguire approaches. Seven is brought to his knees as Connor takes out his big uncut cock and shoves it down his sub’s throat. The bound stud is then beaten with the flogger, the leather whipping against his skin as he screams in pain. Mr Maguire covers the stud’s mouth with his gloved hands as he rams his cock up Seven’s ass from behind. Bound with clothespins all over his body, Seven endures the crop as his leather master smacks the clothespins off one by one. Mr Maguire has his sub bound on his back, ready to take his uncut cock once more. After a vigorous fuck, Connor blows his load all over his sub’s face and has him lick up every drop.  Connor Maguire is becoming my new favorite DOM at Kink.  I love all his scenes but he does a great job abusing these guys.  What’s your favorite Connor Maguire scene?  Let me know in the comment section below. 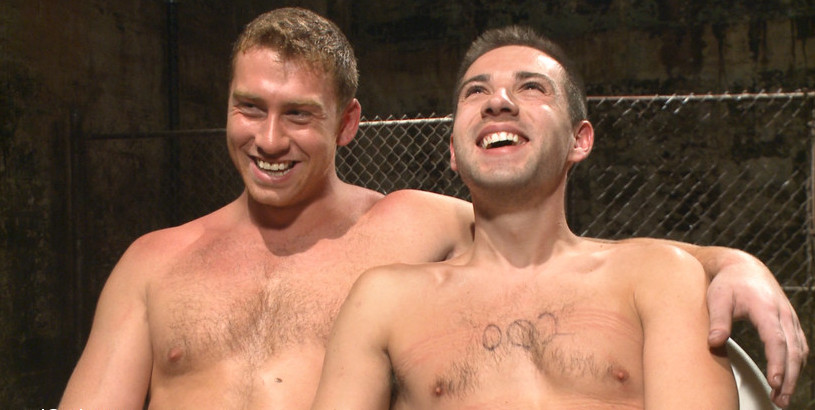